Join us for Joint Annual Meeting 2021 on June 25th and 26th! Like last year, the event will be held on a completely virtual platform.

Why host it virtually? We are still in the midst of the ever-changing COVID-19 pandemic and the safety and wellbeing of our ministers, congregants, and communities are of the utmost importance to our staff. In holding the event virtually, we also strengthen our commitment to environmental sustainability by eliminating travel and printed material and our commitment to accessibility by using features like closed captions, online OCR documents, and more.

Curious about last year’s virtual meeting? Visit our Vimeo channel to view some of the programming.

Registration is now open until June 24th! Registration costs $20 for those who register before June 18th. If you register after June 18th, you will pay the regular registration price of $25. Questions about registration? Email Aidan Spencer at aidan@ucctcm.org.

The booklet contains all of the documents you will need for to get ready for the business meetings and more! To help you navigate the booklet we have created a clickable table of contents so you can jump quickly to whatever page you need. Want to jump back to the table of contents from somewhere else in the booklet? Click on the “Back to Table of Contents” button in the bottom left-hand corner or each page. There’s a lot of information to take in, so we encourage you to look at the booklet ahead of time! 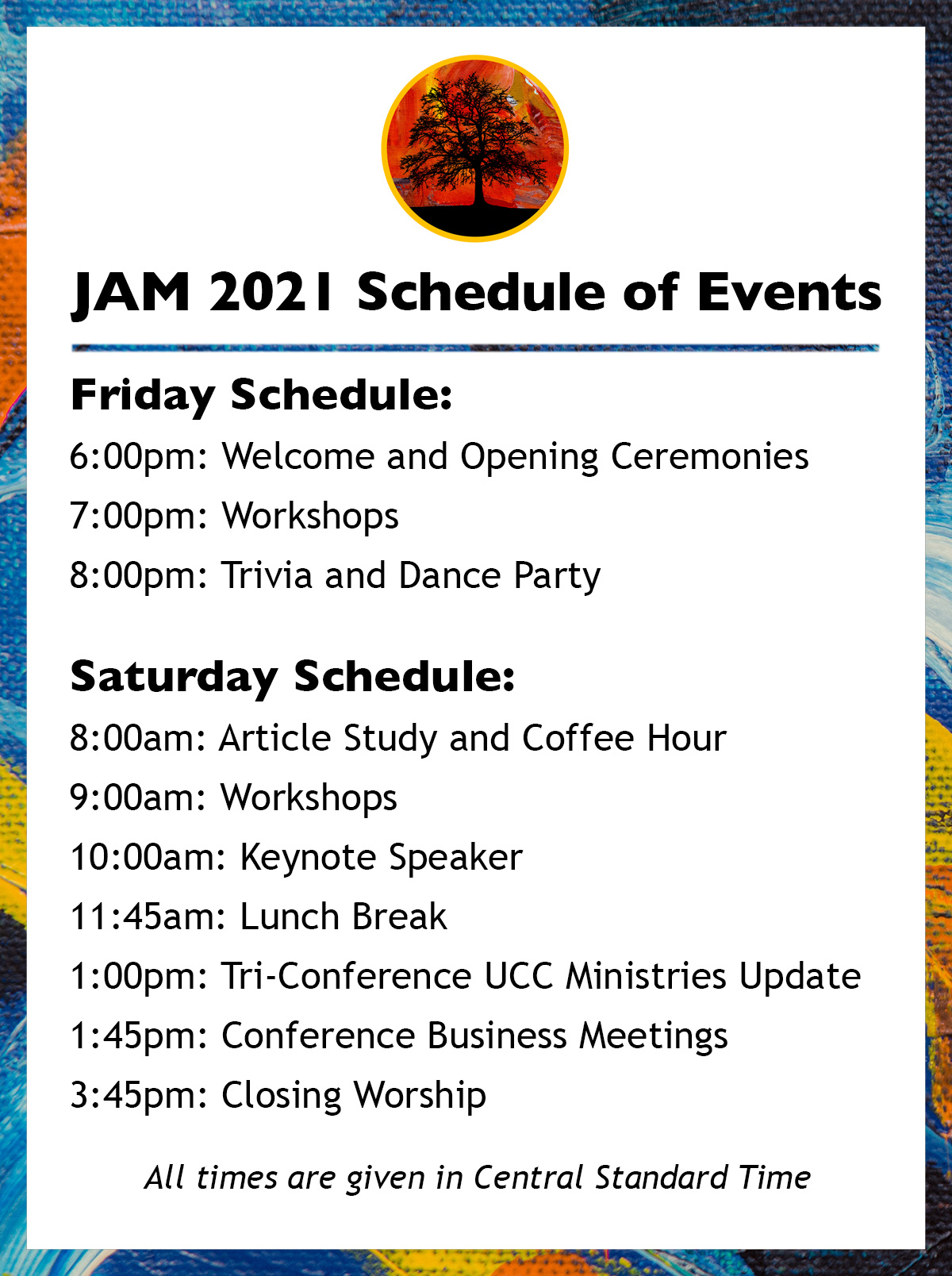 The Iowa, Nebraska and South Dakota Conferences are seeking to engage in advocacy that brings us closer to a shared understanding of what our commitment is toward eco-justice in a way that upholds God’s creation. You can engage in this with us during Joint Annual Meeting 2021 by attending several workshops, participating in an article study group, listening to our guest speaker, and more.

We gather around the image offered in Psalm 1 of a tree that grows deeply and stretches broadly by the flowing waters of life as a way to invigorate, reimagine and promote what it is to be a steward of the land in our own communities, our nation, and all of creation. 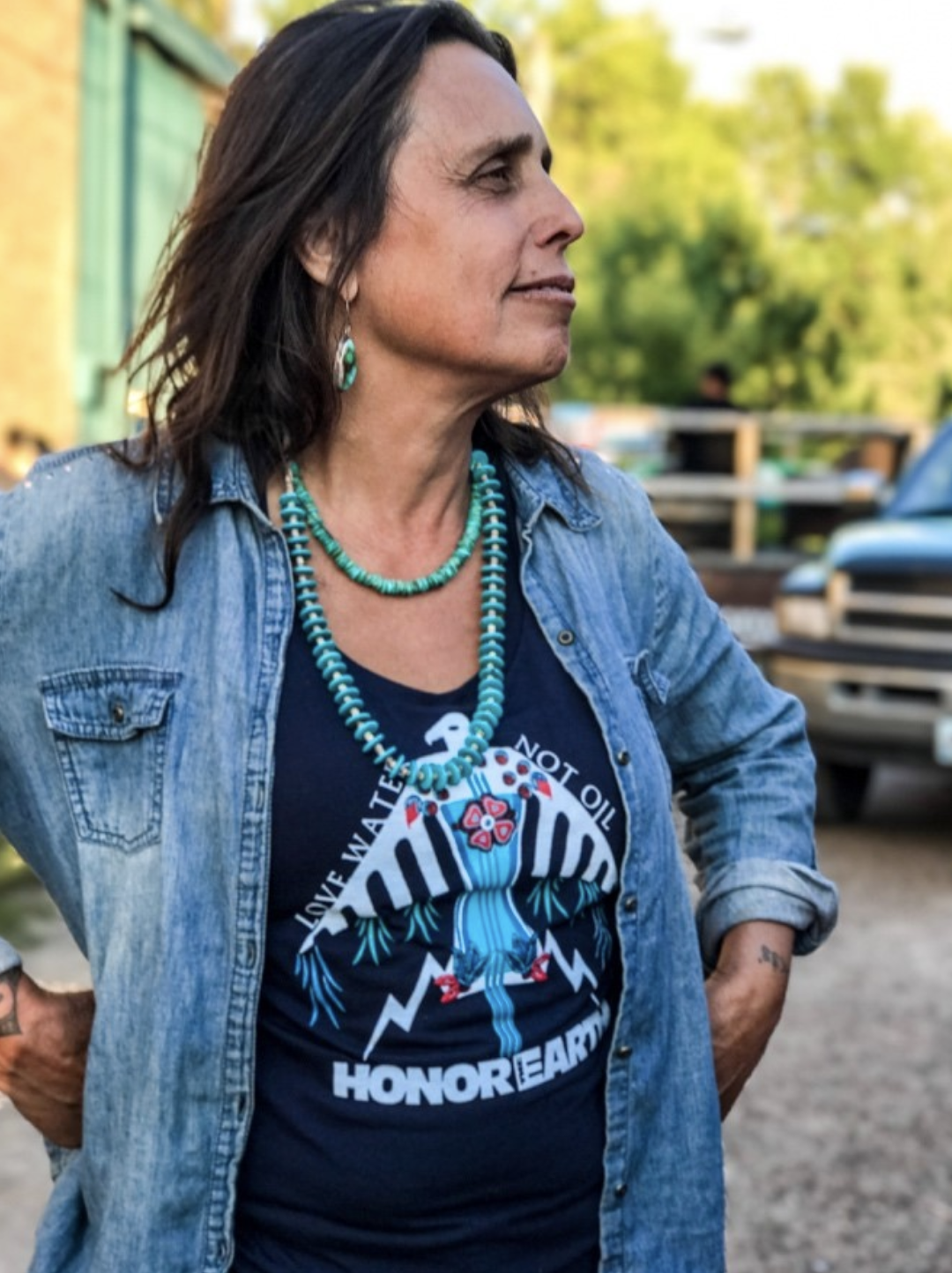 Winona LaDuke is an internationally renowned activist working on issues of sustainable development, renewable energy, and food systems. She lives and works on the White Earth reservation in northern Minnesota and is a two-time vice-presidential candidate with Ralph Nader for the Green Party.

As Program Director of the Honor the Earth, she works nationally and internationally on the issues of climate change, renewable energy, and environmental justice with Indigenous communities. And in her own community, she is the founder of the White Earth Land Recovery Project, one of the largest reservation based nonprofit organizations in the country, and a leader in the issues of culturally based sustainable development strategies, renewable energy and food systems. In this work, she also continues national and international work to protect Indigenous plants and heritage foods from patenting and genetic engineering.

In 2007, LaDuke was inducted into the National Women’s Hall of Fame, recognizing her leadership and community commitment. In 1994, LaDuke was nominated by Time magazine as one of America’s fifty most promising leaders under forty years of age. She has been awarded the Thomas Merton Award in 1996, Ms. Woman of the Year (with the Indigo Girls in 1997), and the Reebok Human Rights Award, with which in part she began the White Earth Land Recovery Project. The White Earth Land Recovery Project has won many awards- including the prestigious 2003 International Slow Food Award for Biodiversity, recognizing the organization’s work to protect wild rice from patenting and genetic engineering.

A graduate of Harvard and Antioch Universities, she has written extensively on Native American and environmental issues. She is a former board member of Greenpeace USA and is presently an advisory board member for the Trust for Public Lands Native Lands Program as well as a board member of the Christensen Fund. The Author of five books, including Recovering the Sacred, All our Relations and a novel- Last Standing Woman, she is widely recognized for her work on environmental and human rights issues. 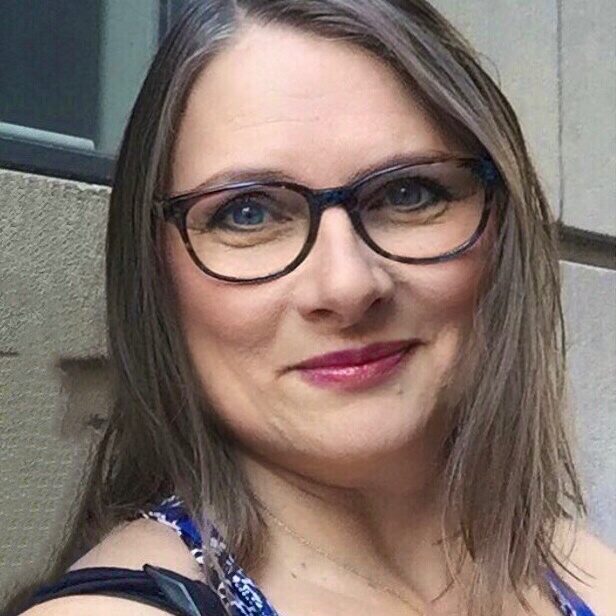 The Sustainable Church: Having the Courage to Create a Future Where Everyone Thrives

Lori Myren-Manbeck is a geriatric psychologist, business owner, podcaster, and author. She grew up in Iowa and Wisconsin and is the daughter of two UCC pastors, the wife of an artist, and the mother of two passionate young women. The UCC is Lori’s home and her ministry in the UCC has included serving on the Iowa UCC Youth Board, attending General Synod as a youth delegate, and preaching at one of the first Regional Youth Events among other things. Lori credits both her parents and her church in raising her to believe it is her responsibility, as a human, to actively fight for justice and care for the people around her.

On her podcast, Inclusivi-TALKS Sustainability, Lori interviews people who are leaders in the creative and sustainability spaces. She and her sister, Bobbi Jo Boggs, manage a Facebook Group, Inclusive Sustainability, where they share sustainability-focused stories, tips, discounts, and insights. Lori’s book, You Can Save the World…In Fact, You’re the Only One Who Can is full of practical tips anyone can use to live a more sustainable life. In review, Rev. Brooks Berndt, PhD, Minister for Environmental Justice, United Church of Christ said, “In building the kind of movement that will effectively lead to the kind of systemic change needed today, it is important that we each live daily lives of integrity in how we care for the environment. This book serves as a helpful guide for doing just that. There is much that can be learned in these pages to make our own lives reflect the broader societal transformation envisioned for a just and sustainable world”. 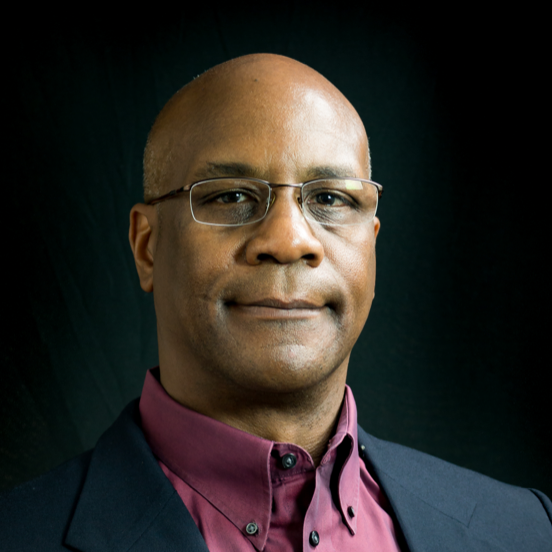 The Sustainable Church: Having the Courage to Create a Future Where Everyone Thrives

Myron currently serves as an Executive Leadership Coach for the Center for Purposeful Leadership. CPL supports leaders and organizations in creating thriving cultures based on purpose, trust, and collaboration by offering solutions that work for problems that matter through trainings, coachings, and other customized programs such as “Purposeful Leadership”, “The Art of Convening”, “Whole Person Leadership”, and “Great Virtual Meetings”. 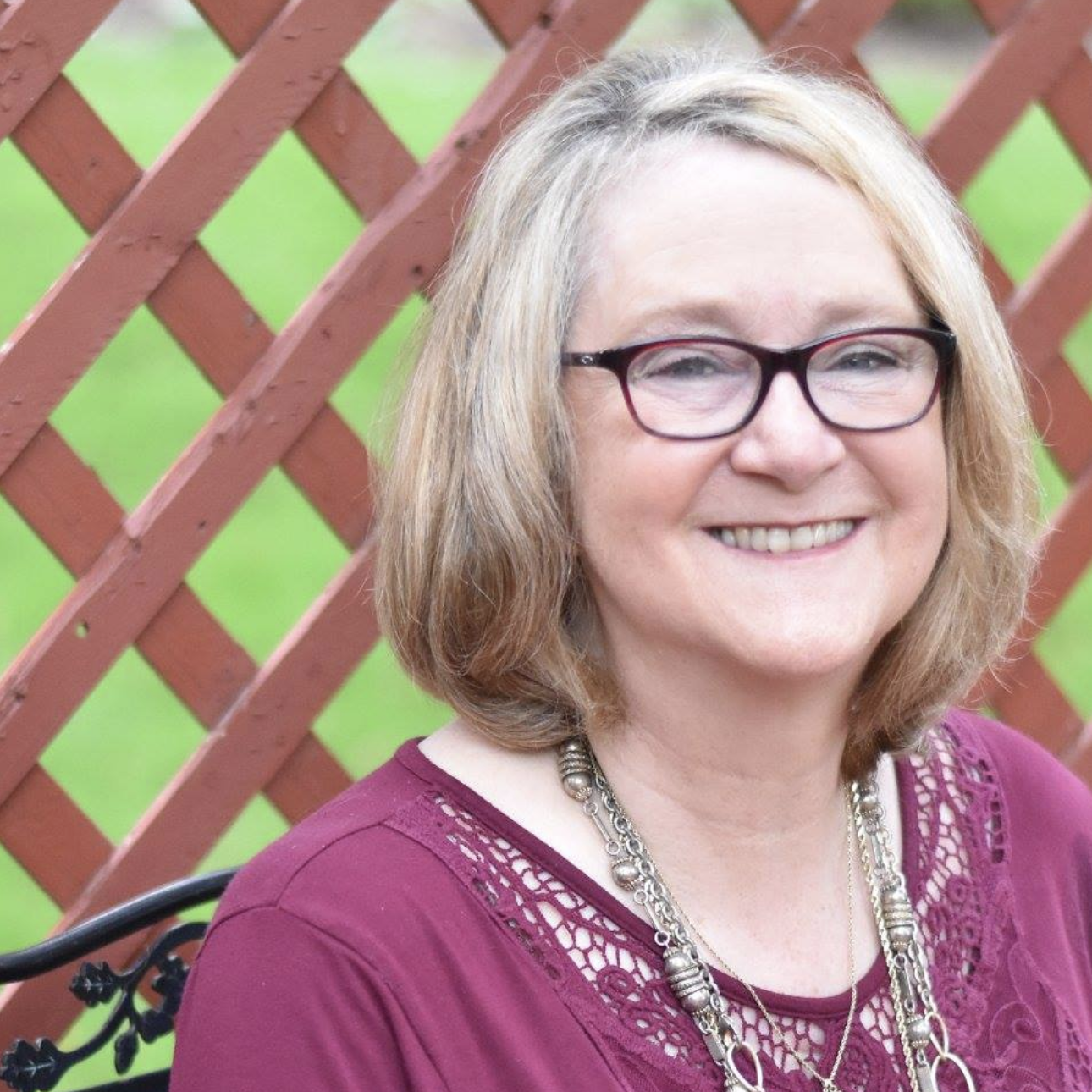 Born and raised in Lincoln Nebraska, Penny is celebrating her 40th anniversary of ordination this year. During her 35 years of active parish ministry, she has served 15 congregations – mostly as an Interim specialist – but in the first calling as a settled pastor for 9 years in a transitioning neighborhood on the West side of Cleveland. There, she takes a tiny bit of credit for helping our beloved denomination to turn toward Cleveland for its new national home. Over those 35 years, she served churches in eight UCC Conferences where she served on Conference boards and committees as well many community endeavors.

In this workshop you will hear from a geeky science lady who is passionate about climate science communication and climate justice activism. What got her here? While always a seeker of knowledge – Wellesley College B.A. (1974), Harvard Divinity School (1980) – she took a major turn toward science while pursuing a PhD in the Theology of Nature at Boson University in the early 1990’s. She went back to college and received a B.S. in Geology degree (University of Southern Indiana (2006)) and has been taking climate and meteorology courses at the University of Nebraska for the last ten years.

These days, she is also passionate about Nebraska Interfaith Power and Light (Board President), one of 40 affiliates throughout the country committed to bringing the voices of communities of faith to climate activism and education.

How can we wrap our minds around care of creation? With a subject so big, where do we begin and how to we apply it to our lives in practical ways? One important way of doing this is through our worship practices. During the opening session on Saturday we will discuss Chapter 2 from the book The Season of Creation: A Preaching by David Rhoads, Paul Santmire, and Norman Habel. The discussion will look at the features of our worship and show how these worship elements can connect us to our desire to care for creation. You are welcome to read the entire chapter but the highlighted sections will be the focus of the discussion. 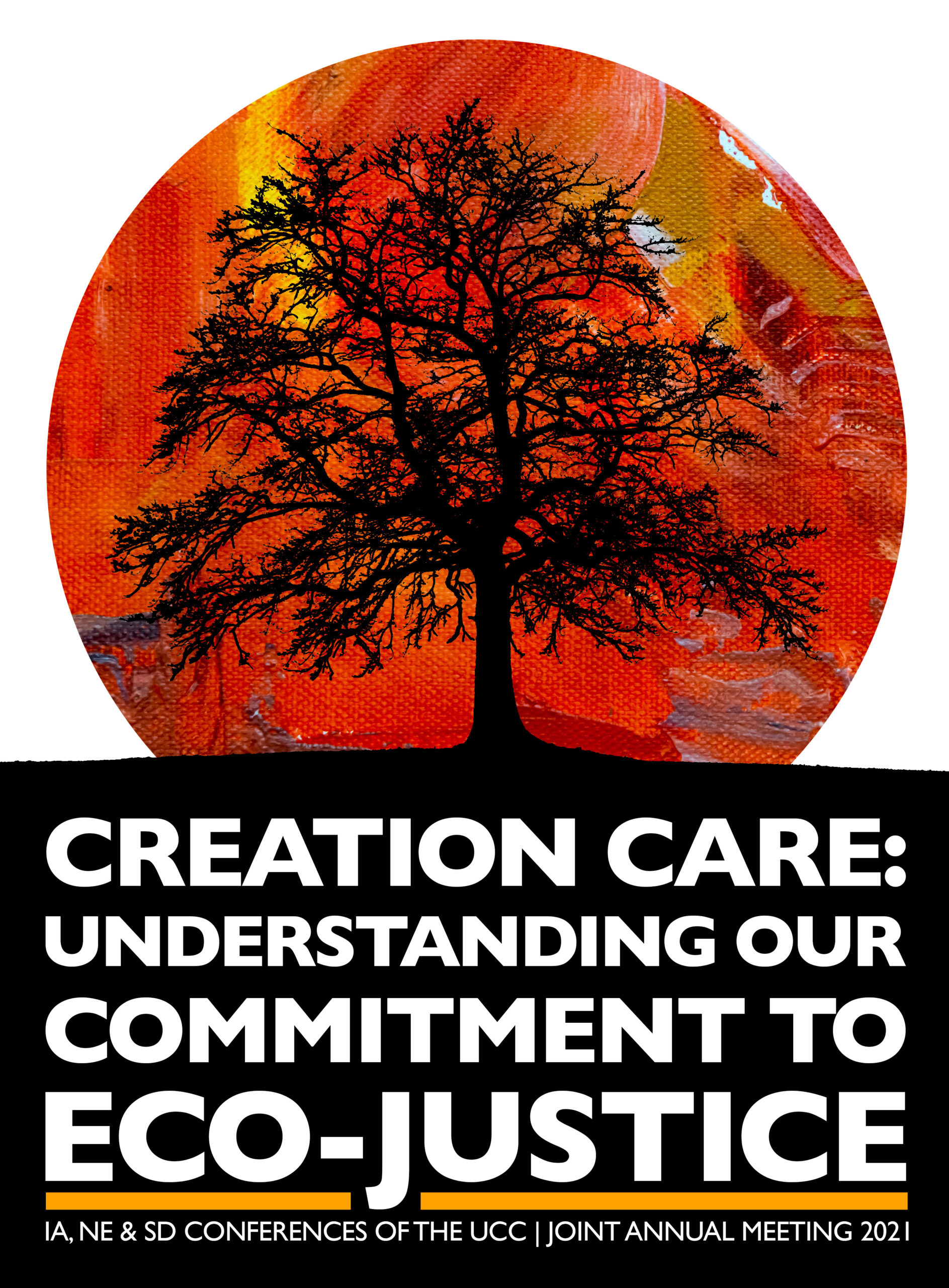 1 Happy are those who do not follow the advice of the wicked, or take the path that sinners tread, or sit in the seat of scoffers;

2 but their delight is in the law of the Lord, and on his law they meditate day and night.

3 They are like trees planted by streams of water, which yield their fruit in its season, and their leaves do not wither. In all that they do, they prosper.

4 The wicked are not so, but are like chaff that the wind drives away.

5 Therefore the wicked will not stand in the judgment, nor sinners in the congregation of the righteous;

Learn more about Creation Justice in the United Church of Christ